Creative Youth are thrilled to welcome the return of film to this year’s FUSE International.

After the huge success of 2021 we could not wait to showcase more films this year with our glittering FUSE Film showcase and awards.

FUSE Film focuses on celebrating the work of young film makers and sharing the creative talents of incredible emerging casts and crews.

This year we will be screening all of our shortlisted films and awarding our winners in the following catagories:

You can purchase your tickets for our screening at the Rose Theatre on 4 July 2022 at 19:00 by clicking here.

We will be opening FUSE Film with a screening of Team Spirit by Jordy Deelight, one of our chosen Creative Talent Programme artists (2021-22).  Jordy Deelight is an Edinburgh-based non-binary artist from Leith who works between Edinburgh and Glasgow creating performance-based work for theatre and television. Their work looks at identity and persona in the art of drag, exploring themes of disability, gender and mental health in autobiographical theatre and auto theory-based work.

As part of Creative Youth’s Creative Talent Programme, Jordy has created a documentary that asks the question: ‘do LGBT+ voices belong in football?‘ Featuring guests from different backgrounds, who identify as LGBTQIA +, and professionals who work in Football, Team Spirit brings together communities to share stories and educate those on what queer identity looks like, and celebrates the joy football can bring to lives. 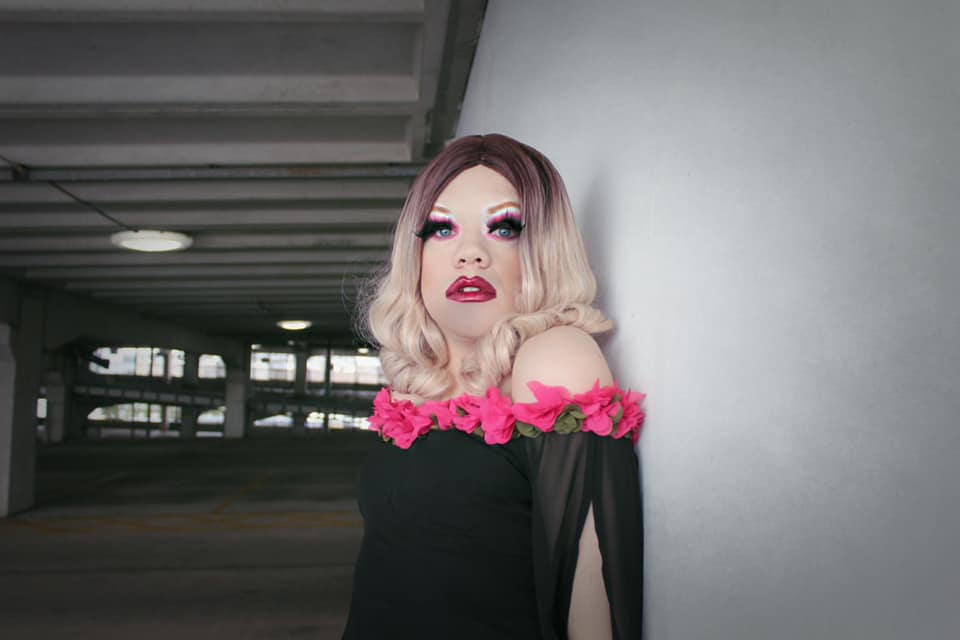 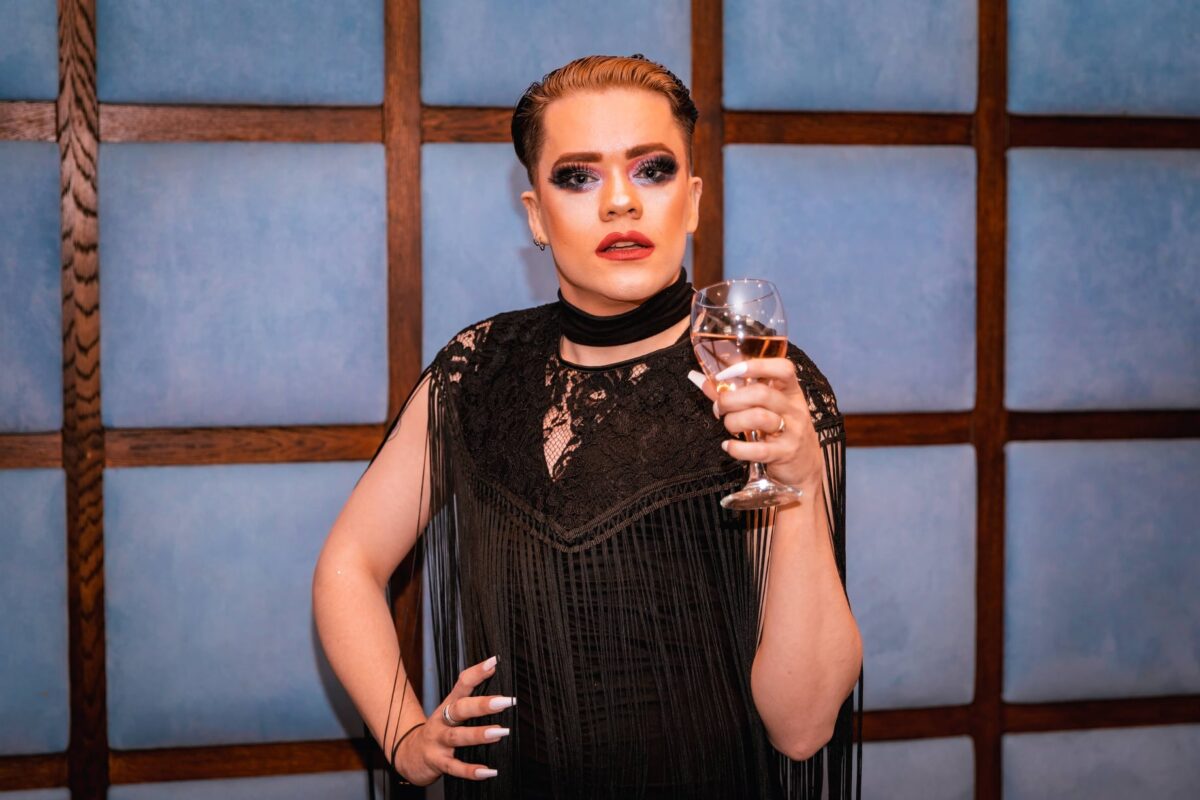 Introducing our shortlist for the Best Short Film category:

A young woman hits rock bottom, struggling to resurface and confront what is really going on. We see a day in the life of Harper.

Poppy is a young theatre director and film maker and a recent graduate of Drama Centre London. Harper is her debut film and she’s excited to continue film making along side her career in theatre.

In rural 1950s Ireland, Emer’s only daughter is rushed away to hospital after being badly beaten by her teacher. In defiance of her husband, she marches down to the headmaster’s office. Faced with systemic abuse, Emer decides to take matters into her own hands.

Written and Directed by: Kieran Wall

Kieran Wall is a young filmmaker and recent graduate of the Bournemouth Film School (at Arts University Bournemouth), where he specialised in Directing & Producing. He has made a number of short films and hopes to pursue a career as a Director of independent features.

An eleven-year-old meets with a grief counsellor as she comes to terms with the death of her best friend, but finds she can’t keep anything secret from him.

Scar is a young autistic & queer writer & director based in Glasgow. They are a BAFTA Scholar, a mentee on the Glasgow Film Festival mentorship scheme, and a Creative Talent programme artist for Creative Youth (2021/22). Scar was a finalist in Creative England/Sky’s Shortflix scheme and has been in other talent development schemes run by organisations such as the BFI. They also recently graduated from a MA in Writing for TV. 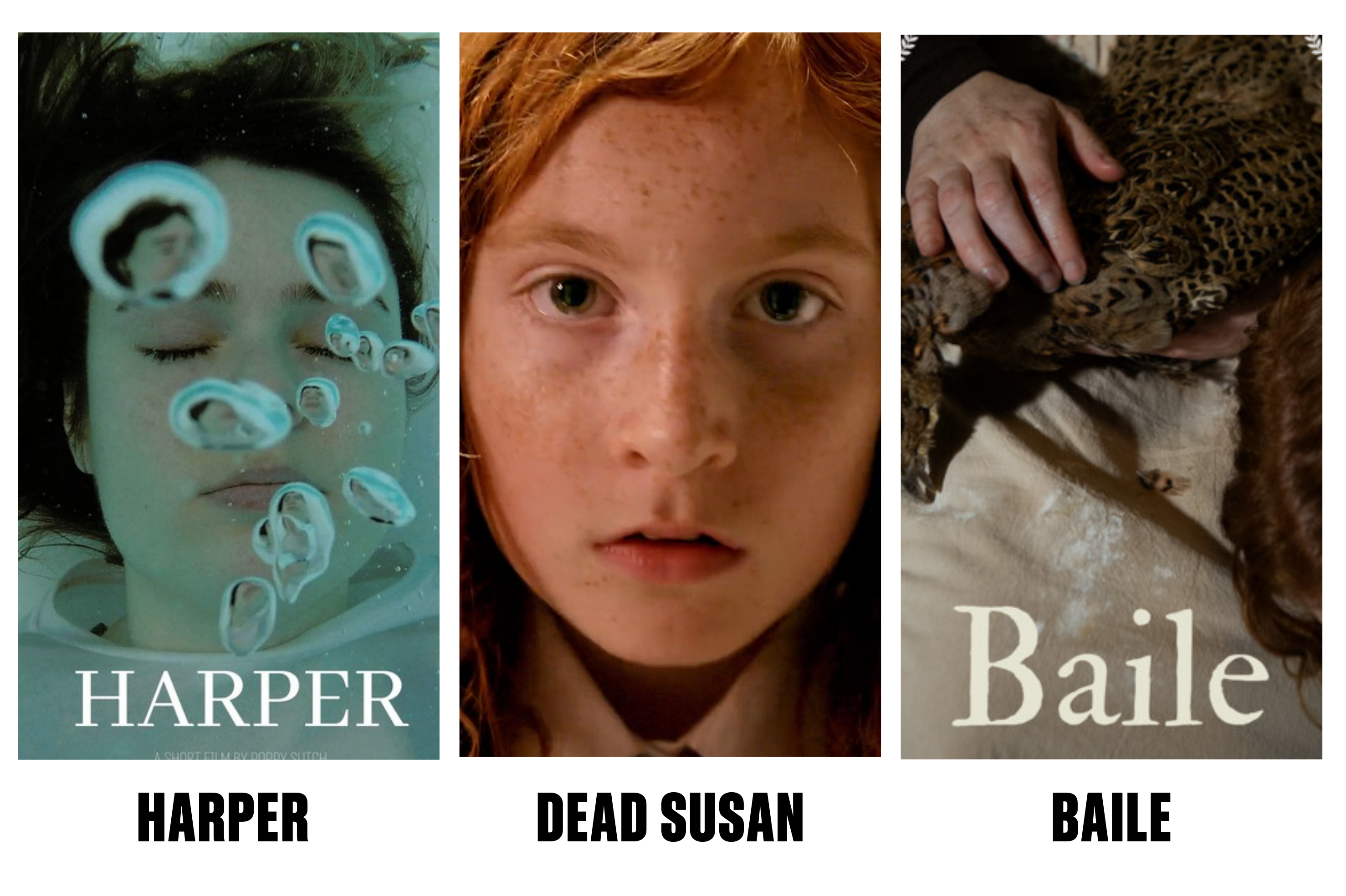 Introducing our shortlist for the Best Short Film category:

An expression of lockdown through dance. A coming together whilst apart. Created by the teens of 28 Dance Company. Curated by Sophia Melvin. Like all Dance Companies across the UK, we couldn’t meet in Spring 2021, but rather than logging onto zoom, we took to the great outdoors to create instead.

All of the footage was self-filmed by the 28 Dancers on their phones and improvised from creative tasks set by Company Founder, Sophia Melvin, who pieced the film together.

Ellen, a mid 20s raver, whose lifestyle no longer covers the cracks in her mental psyche, tries desperately to find something hidden in her flat. Meanwhile, Vince, a proud yet naive “softboi”, attempts to teach Ellen the meaning of love.

A Viking chief is forced to conquer new lands to save her people from a fiery storm that burns everything it touches – but with half her tribe blaming the other for their misfortune, can she bring them to safety in time?

Daniel is a film production graduate from Ravensbourne University in London. Currently based in his home country of Scotland and training as a competitive strongman, Daniel uses the history and folklore of his country and sport to create compelling genre films that reflect on the modern issues of today.

This is a film about female empowerment when it comes to body hair. A young woman decides whether she wants to shave her armpit hair or dye it, and she has some help from her inner feminist persona. Ultimately freeing herself from the restraints of the patriarchy.

Written, Directed and Produced by: Amber May Clarke-McGrath

Amber Clarke-McGrath is a film student in her second year studying at Falmouth University in the UK. She is passionate about making films with subject matter such as; female equality, mental health, and social issues, with an experimental undertone. Her films have a very personal subject matter, drawing on some of her own experiences. 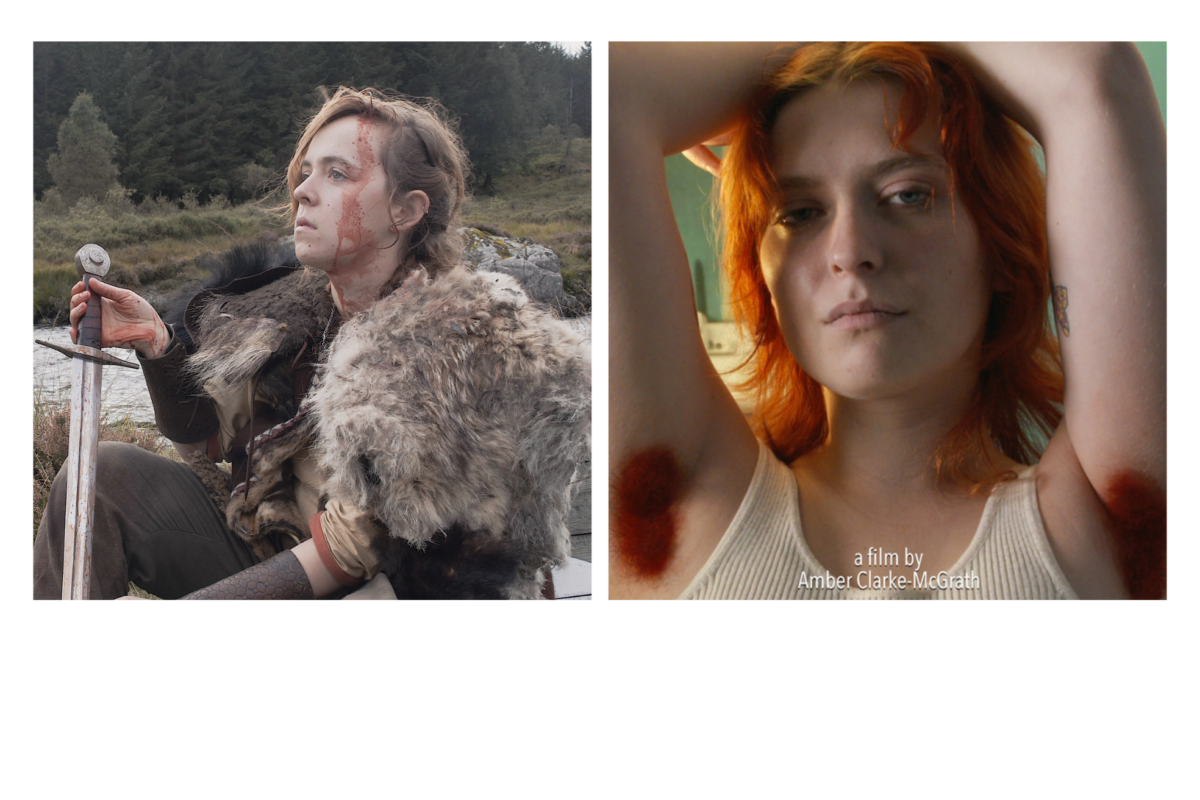 Introducing our shortlist for the Best International Short Film category:

Anthony, a twenty-nine-year-old gay actor auditions for a reality TV show. The casting director immediately asks
stereotyping questions, about his sexual orientation and consequently his taste in men. The questions become more
intrusive, triggering a memory of a house party, and a traumatic event in his life.

Yorgo Glynatsis is the writer, co-director and lead actor of TRIGGER. He is a Greek, Italian filmmaker born in Belgium and started his artistic journey at 14 years old acting in Belgium. He trained in Theatre at the Conservatoire of Charleroi and played several leads and supporting roles in theatre shows in Brussels.

EXPERIENCE THE WORLD: THE TRAIN

Experience the World is a soft spoken journey through the activities we experience every day but with an absurdist twist. Our first entry, The Train, follows you as you ride the Chicago red line train home at rush hour–until it takes an unexpected turn into cosmic horror.

Duro Howard Jr. is an animator that has worked in the commercial and corporate industry for over a decade, so you can bet your ass he can create one hell of a graph! He is the creative director and lead animator at Tiny Wolf, a small design and animation studio he co-founded.

FOR I AM DEAD

In late-1800s Europe, Oscar, a wealthy but lonely middle-aged man who has lived a decadent, extravagant life in a chateau filled with wine, courtesans and opium, confesses love to his gardener Jude before he dies of his excesses.

Patricia Delso Lucas is an independent screenwriter, film director and cinematographer who earned her MFA in Film Directing at the Skillset Screen Academy in Scotland. She was born in Madrid, Spain and is currently based in Brussels, Belgium. 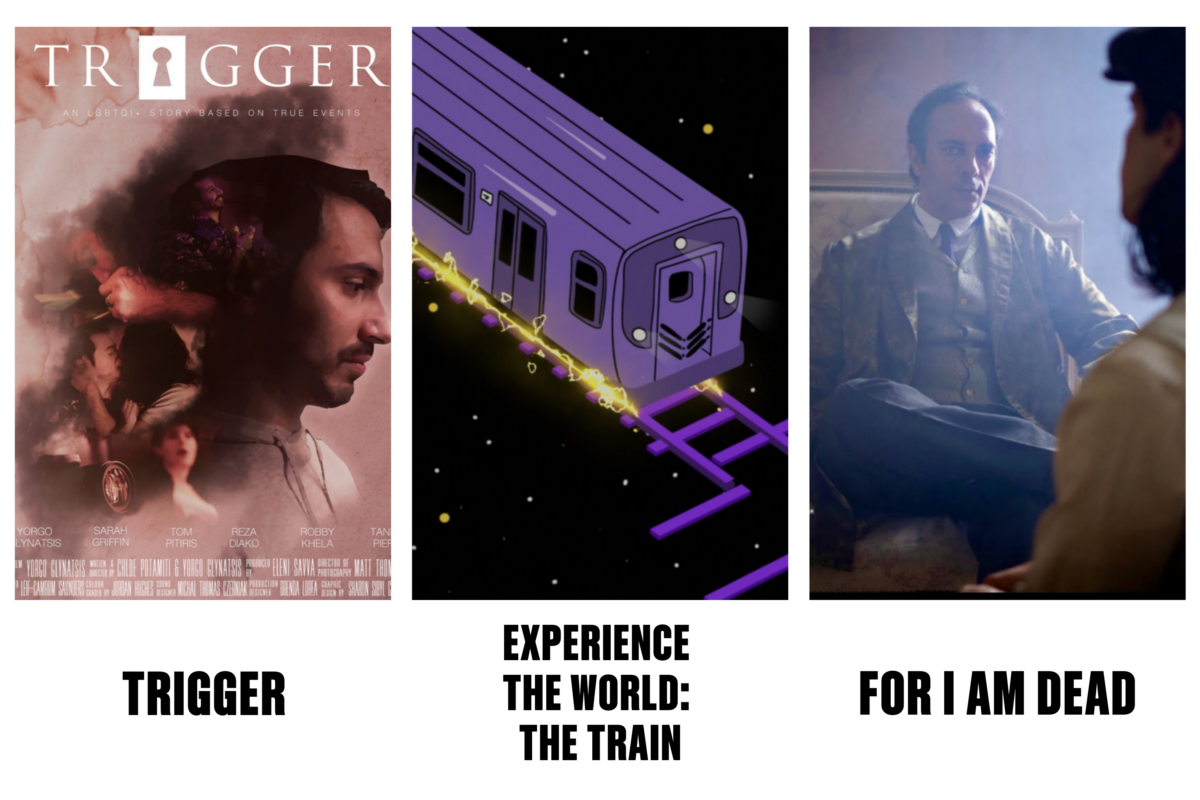 Introducing our shortlist for the Best International Short Film category:

This documentary takes you along the incredible timeline of Brooklands and how it became an iconic racetrack.

Written by: Luke is a 18 year old filmmaker who loves to create dynamic and cinematic camera movements to show the viewers a different perspective of our world to tell the most compelling story.

It has been a difficult couple of years for so many and we can’t wait to experience the energy, inspiration and hope which young people and our festival audiences bring to Kingston once again.

We’ll be rolling out the red carpet once again on 4 July 2022 at the Rose Theatre where all of our finalists films will be shown on the big screen to a live audience! We would love to see as many of you as possible at our award ceremony, where the announcements of the winner of each category will be revealed by some special guests. You can book your tickets by clicking here.

If you can’t make it to us in person this year then don’t worry. We will be screening all of the finalists films online as part of our FUSE International Digifest so be sure to stay tuned to our website and sign up to our mailing list to be the first to see them! 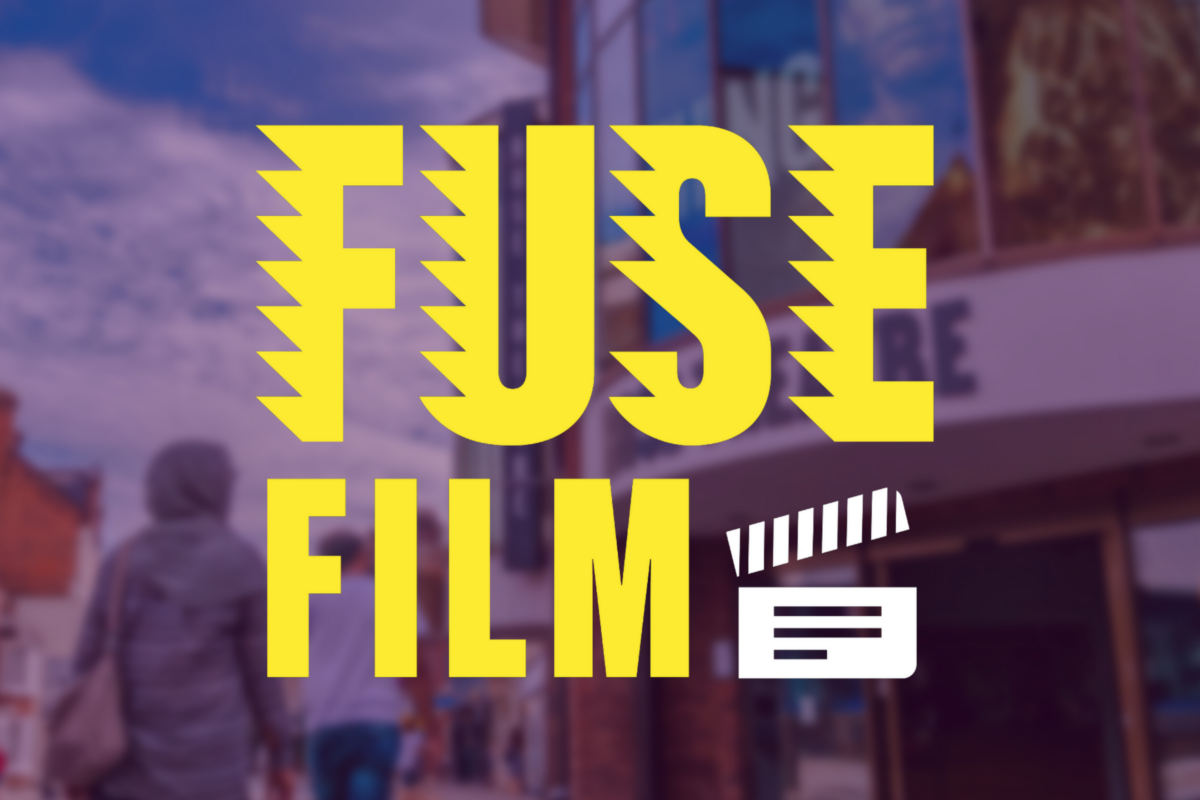 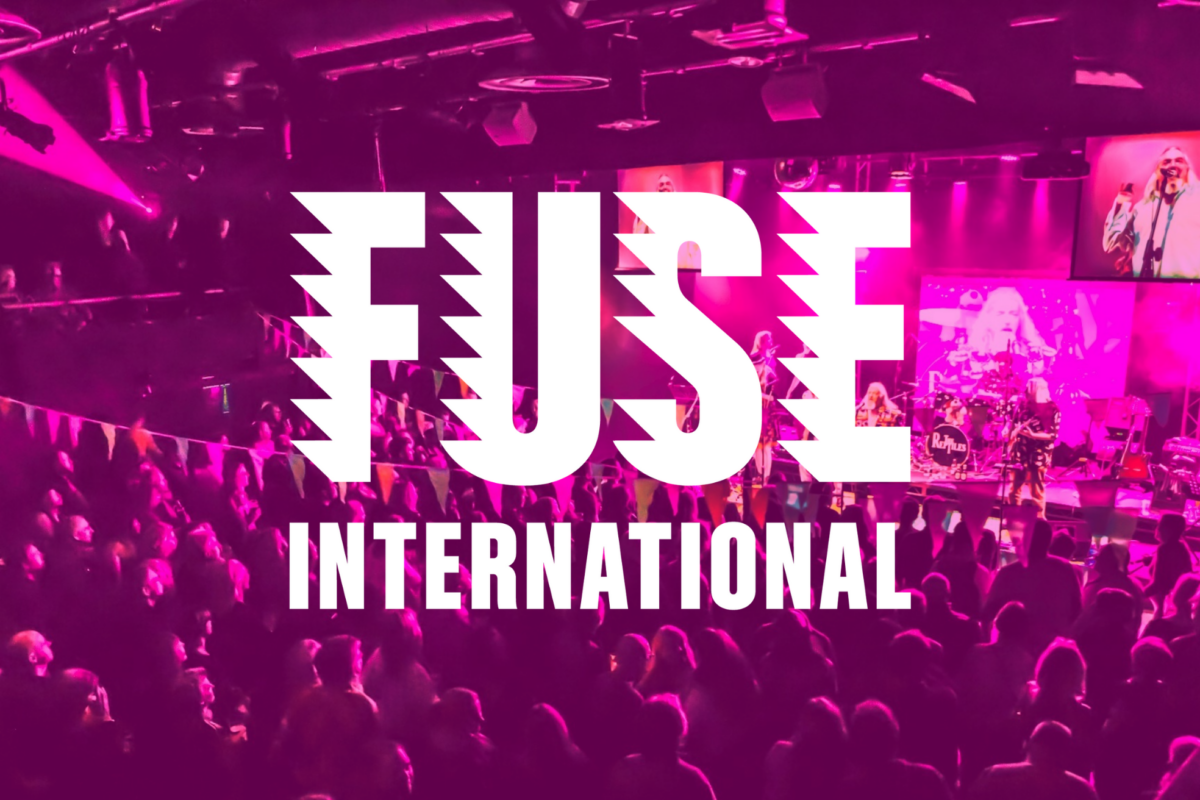 It’s nearly time for the inaugural FUSE International taking over Kingston this summer! Check out our festival brochure, featuring our full programme line-up, and purchase your tickets below.

Find out what's happening & how you can get involved 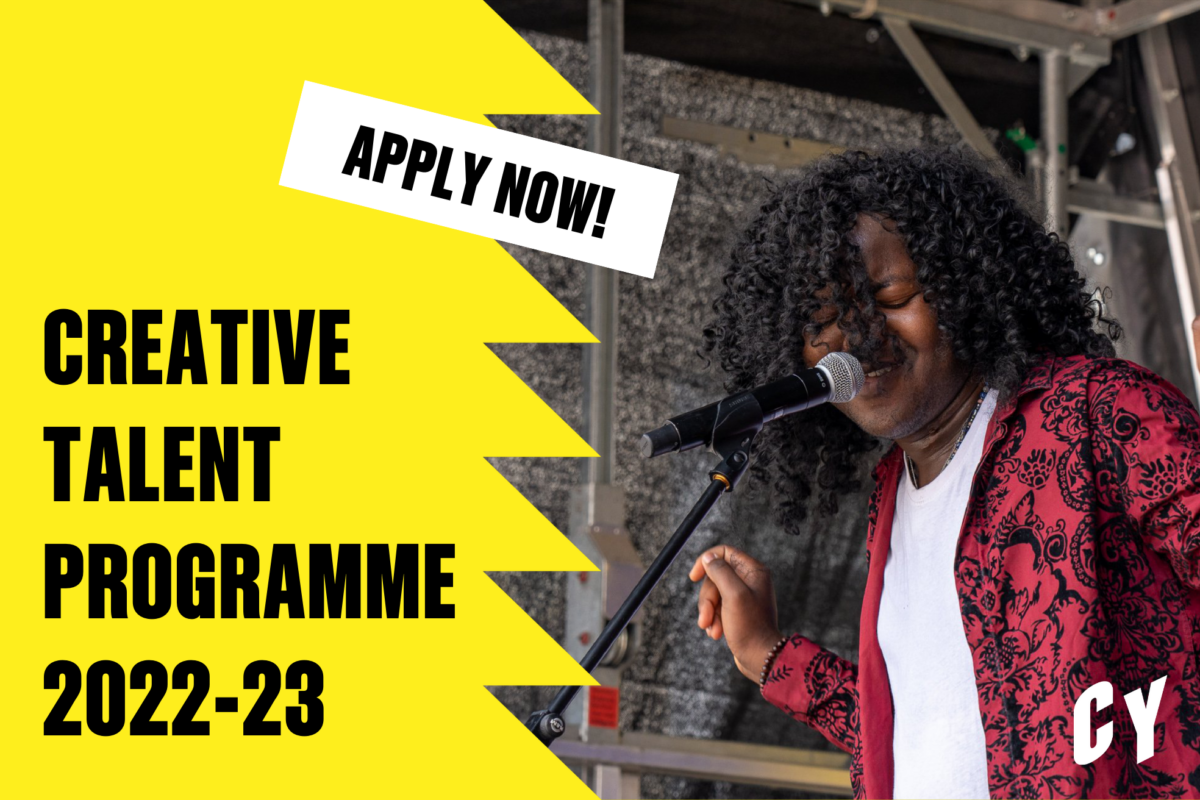 We are happy to announce that applications for our Creative Talent Programme 2022-23 are now open.