Previously known as ‘the undercroft’, our site houses the footings of the original Kingston bridge and medieval undercroft.

About the site's heritage

The undercroft was photographed early in the 20th Century, but was then ‘lost’ to memory underneath subsequent building work until it was rediscovered during excavations during the 1980s.

A team of archeologists from the Museum of London were involved in the excavation. The archeologist in charge of the site, Mr Geoff Potter, explained:

“We expect to find the remains of the old bridge, as we had done some small digs in this area in the past and part of one of the original bridge piers had been incorporated in the river wall. In fact, we have found more than we hoped for – especially where the cobbled approach road is concerned.

We have uncovered a series of four bridge piers and I think at least two of them contain stonework that dates back to the original bridge of 1150. Timber found near the piers has been dated at around 1140. Other parts of the piers probably date to around 1400.”

The old bridge was not replaced until 1828 and it was for centuries one of the most important bridges in Britain. The old bridge was a few yards downstream from the present one and for 600 years was the first Thames bridge above London. 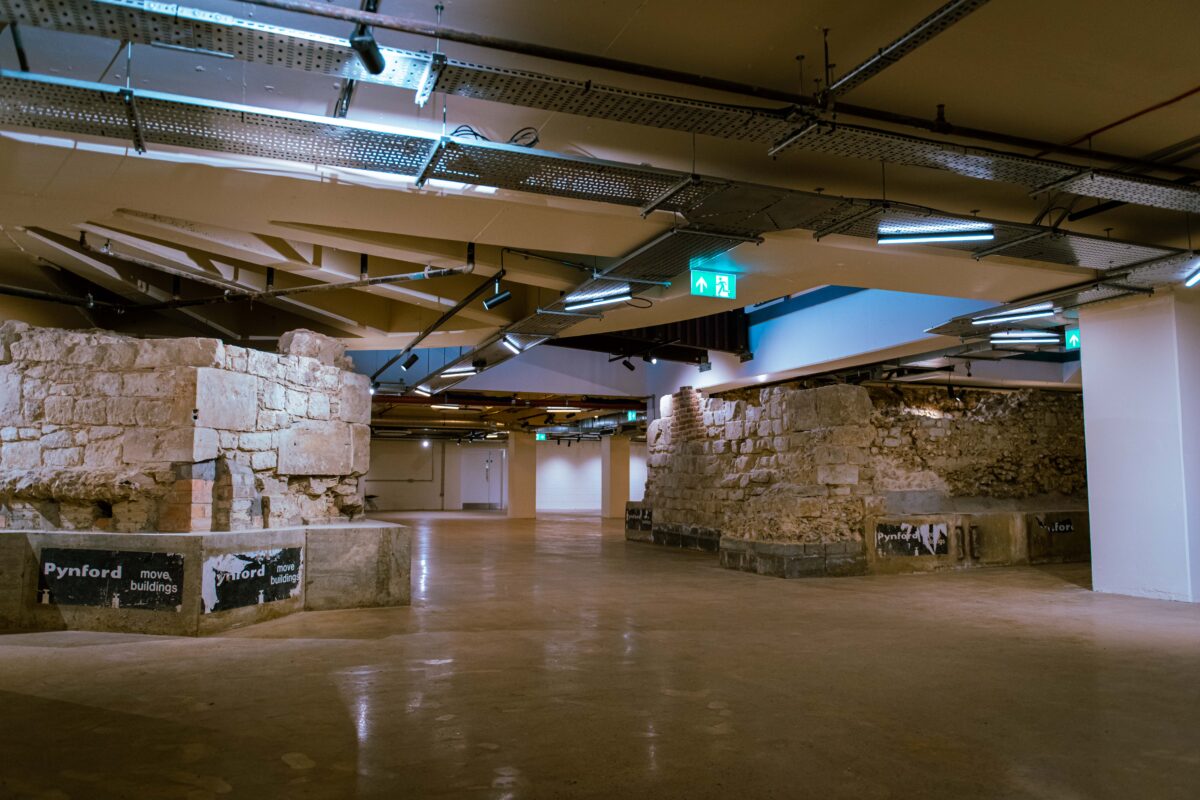 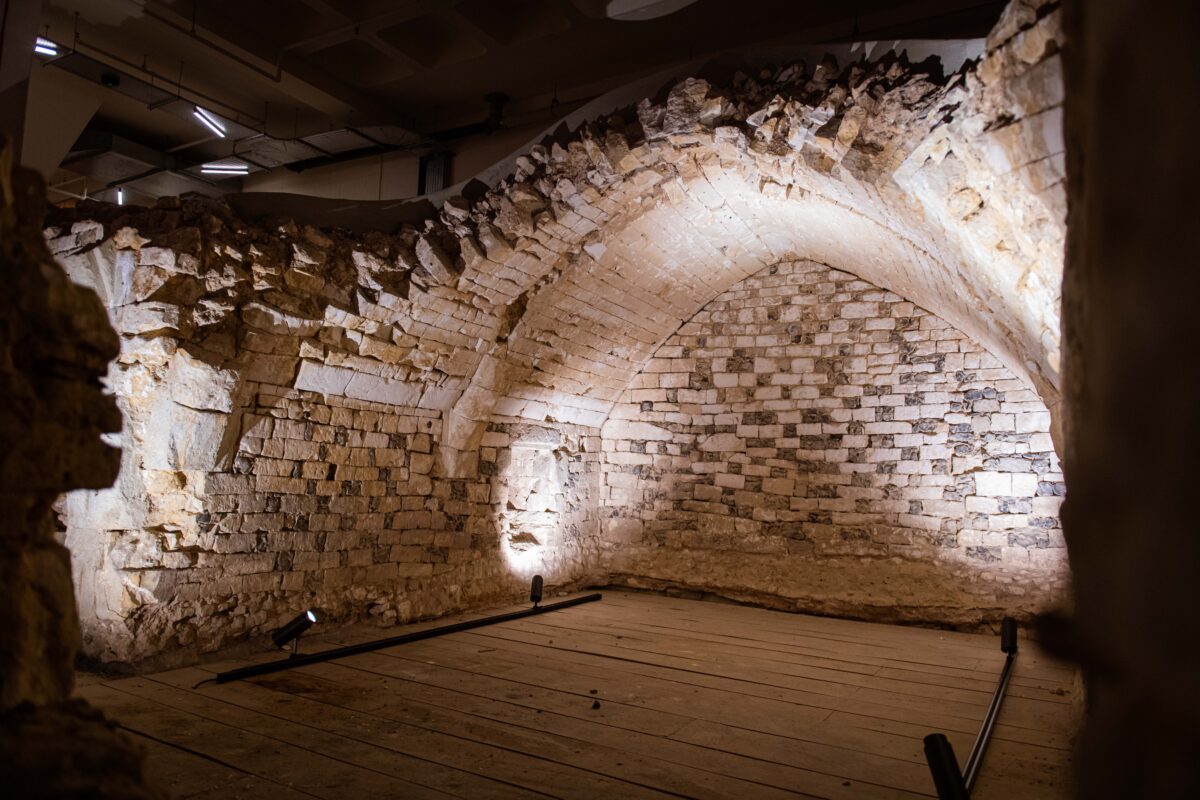 Demolition and preliminary excavations to clear the site for the new riverside John Lewis store disclosed a wealth of information about Kingston’s past.

Archeologists guided by the Museum of London’s staff, exposed the foundations and springings of the the arches of the medieval Kingston Bridge just downstream of the present one: the gently curving cobbled street that lead to it, and the undercroft or vaulted basement of a medieval house that stood beside it.

The finds were meticulously measured and photographed, but John Lewis did more than support the work – they modified the design of the store to retain the undercroft and parts of the bridge. This could not be done without removing the structures bodily from the site to enable the new foundations and basement for the store to be built, and then replacing them when construction reached street level.